What Do All Millionaires Have In Common? If You Want To add 9 More Book To The List To See What It Takes To Become A Millionaire

"9 books every aspiring millionaire must read"

The overarching theme of Rich Dad Poor Dad is how to use money as a tool for wealth development. It destroys the myth that the rich are born rich, explains why your personal residence may not really be an asset, describes the real difference between an asset and a liability, and much more. 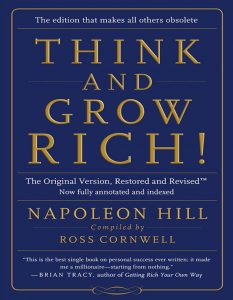 Think and Grow Rich by Napoleon Hill examines the psychological power of thought and the brain in the process of furthering your career for both monetary and personal satisfaction. Originally published in 1937, this is one of the all-time self-help classics and a must read for investors and entrepreneurial types

I want to buy this single books!
Think and Grow Rich, RM35.90 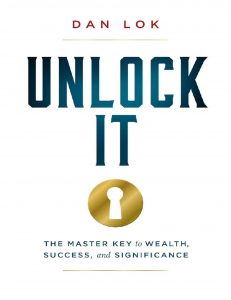 After ten years since his last best-selling book, Dan Lok, founder of Closers.com is finally unveiling his new book!

In Unlock It, you’ll find the strategies and methods Dan used personally to go from being a poor immigrant boy with $150,000 debt to becoming a global social phenomenon and the leader of the large est virtual closing organization in the world.

If you are struggling financially, you’ll learn how to develop skills not taught in schools that will increase your income and Financial Confidence.

If you are building or leading an organization, you’ll get an inside look at how Dan Lok strategically scaled his organization through a combination of digital media and Social Capital, High-Ticket Closers and an unbeatable team culture.

Wherever you are, Unlock It will show you how to find your own way to achieving wealth, success and significance 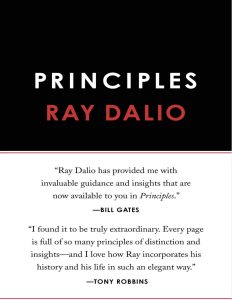 “Significant…The book is both instructive and surprisingly moving.” —The New York Times

Ray Dalio, one of the world’s most successful investors and entrepreneurs, shares the unconventional principles that he’s developed, refined, and used over the past forty years to create unique results in both life and business—and which any person or organization can adopt to help achieve their goals.

In 1975, Ray Dalio founded an investment firm, Bridgewater Associates, out of his two-bedroom apartment in New York City. Forty years later, Bridgewater has made more money for its clients than any other hedge fund in history and grown into the fifth most important private company in the United States, according to Fortune magazine. Dalio himself has been named to Time magazine’s list of the 100 most influential people in the world. Along the way, Dalio discovered a set of unique principles that have led to Bridgewater’s exceptionally effective culture, which he describes as “an idea meritocracy that strives to achieve meaningful work and meaningful relationships through radical transparency.” It is these principles, and not anything special about Dalio—who grew up an ordinary kid in a middle-class Long Island neighborhood—that he believes are the reason behind his success.

I want to buy this single books!
Principles, RM39.90 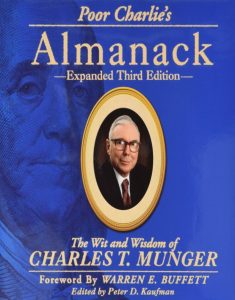 Charlie Munger is Warren Buffett’s partner at Berkshire Hathaway. This duo is considered the greatest investment duo of all time.

In his book, Charlie speaks about his life and how he takes decisions for investment and life by giving various examples and real instances. 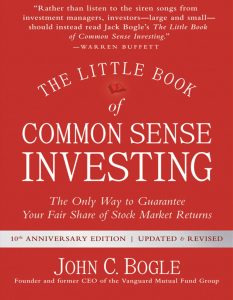 “There are a few investment managers, of course, who are very good – though in the short run, it’s difficult to determine whether a great record is due to luck or talent. Most advisors, however, are far better at generating high fees than they are at generating high returns. In truth, their core competence is salesmanship. Rather than listen to their siren songs, investors – large and small – should instead read Jack Bogle’s The Little Book of Common Sense Investing.” – Warren Buffett, Chairman of Berkshire Hathaway, 2014 Annual Shareholder Letter.

I want to buy this single books!
Principles, RM35.90

The Richest Man in Babylon 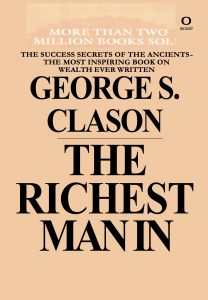 Beloved by millions, this timeless classic holds the key to all you desire and everything you wish to accomplish. This is the book that reveals the secret to personal wealth.

The Success Secrets of the Ancients—

An Assured Road to Happiness and Prosperity

Countless readers have been helped by the famous “Babylonian parables,” hailed as the greatest of all inspirational works on the subject of thrift, financial planning, and personal wealth. In language as simple as that found in the Bible, these fascinating and informative stories set you on a sure path to prosperity and its accompanying joys. Acclaimed as a modern-day classic, this celebrated bestseller offers an understanding of—and a solution to—your personal financial problems that will guide you through a lifetime. This is the book that holds the secrets to keeping your money—and making more.

I want to buy this single books!
The Richest man in Babylon, RM29.90 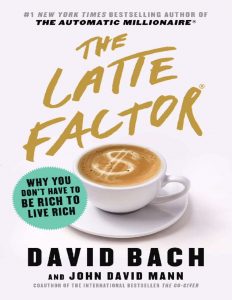 Discover #1 New York Times bestselling author David Bach’s three secrets to financial freedom in an engaging story that will show you that you are richer than you think. Drawing on the author’s experiences teaching millions of people around the world to live a rich life, this fast, easy listen reveals how anyone—from millennials to baby boomers—can still make his or her dreams come true.

I want to buy this single books!
The Latte factor, RM29.90

How to be RICH 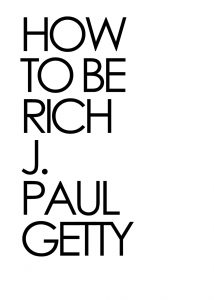 There are plenty books on making money by men who haven’t made much. But if J. Paul Getty, who Fortune magazine called “the richest man in the world,” doesn’t know how, who does?

Here, the billionaire businessman discloses the secrets of his success and provides a blueprint for those who want to follow in his footsteps. And he goes beyond the matter of making money to the question of what to do with it.